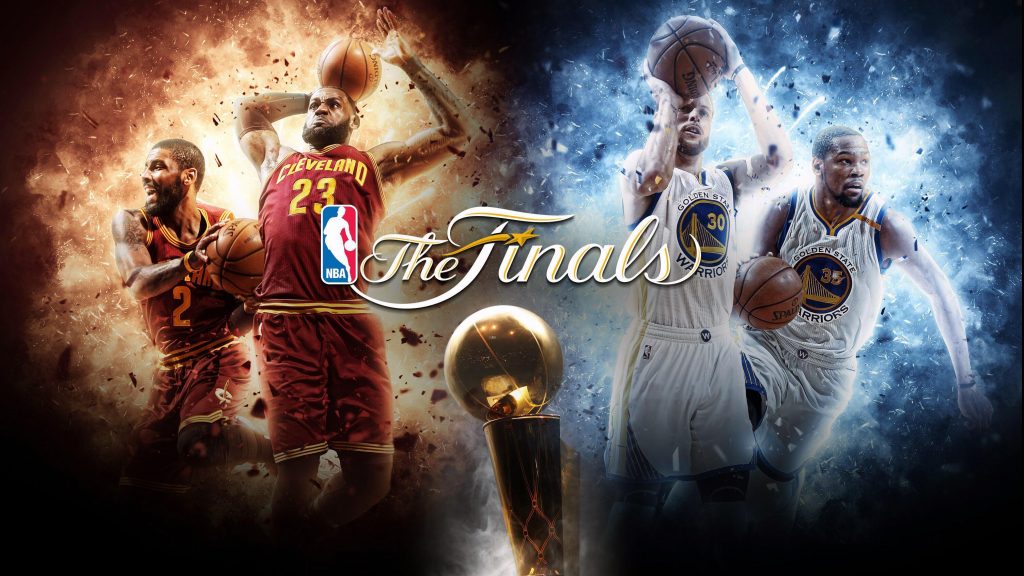 In one of the most highly anticipated NBA Finals in recent memory – for the first time ever – a trilogy for the Larry O’Brien trophy!

The Cavs with the best player in the world today, LeBron James versus GSW with former back-to-back (and 1st unanimous MVP) Steph Curry joining forces with  former MVP Kevin Durant.

When this season started the focus was on these last 2 teams that battled it out last year. They retooled to be better equipped to match up well against each other.

It was like a nuclear arms race seeing them acquire players best fit for their systems. Both teams are coming to this Finals, armed with tons of firepower and suffocating defense.

This series is not about LeBron’s legacy (in chasing or surpassing MJ as the GOAT).

It’s not about about Kyrie’s heroics.

It’s not about KD leaving OKC Thunder in his quest for the elusive ring.

It’s not even about Steph needing to win Finals MVP to validate his place in history.

It has to go beyond Klay’s lost shooting touch, Draymond’s antics.

And even beyond Love’s confidence, Pachulia’s (dirty?) play and Steve Kerr’s absence.

The last 2 Finals were filled with controversies, now with both teams healthy having steamrolled through the playoffs, we can all collectively say – No Excuses!

Seeing them prepare for this moment the whole season, it’s here..the inevitable!

We’ll FINALLY find out which of these two super teams is the best super team!

Suspensions and injuries be damned, we want them to get it on one more time. More than the bright lights and media hype it all comes down to one simple fact that we want to see basketball at its finest!

One team winning it all is what this is all about.

One team that can lay claim to being the real champs!

Sit back and enjoy folks because it’s on!