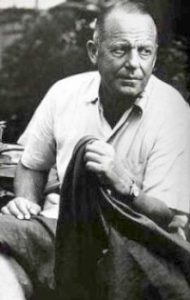 (This is the first story under the Mysteries Series.)

American businessman James Harrison Wilson (Jim) Thompson disappeared without a trace in the afternoon of March 26, 1967 (Easter Sunday). Going out for a walk in Malaysia’s Cameron Highlands, he was expected to return for afternoon tea, but he never came back.

An intense search was conducted but no clues were found as to what happened.

Jim Thompson was once an operative of the Office of Strategic Services (before it became the Central Intelligence Agency – CIA) who later co-founded the Thai Silk Company. These information were subject of several theories of his disappearance.

There were theories of assassination (by spies), kidnapping, murder (by rival businessmen), accidental death, getting lost in the jungle and him having a hand in his own disappearance (a new identity).

A few months after Jim disappeared, his sister was murdered but the connection between these cases were never proven.

There were somewhat strange things to point out as well.

With only one unreliable eyewitness of his last known whereabouts, no definite persons of interests, no DNA trace, no clues, and no substantial theory, the Thai silk king’s mystery will never truly be closed.

It’s been almost 50 years, it’s still baffling how a popular man who was out for an afternoon (leisure) walk can (inexplicably) disappear (without a trace) forever.