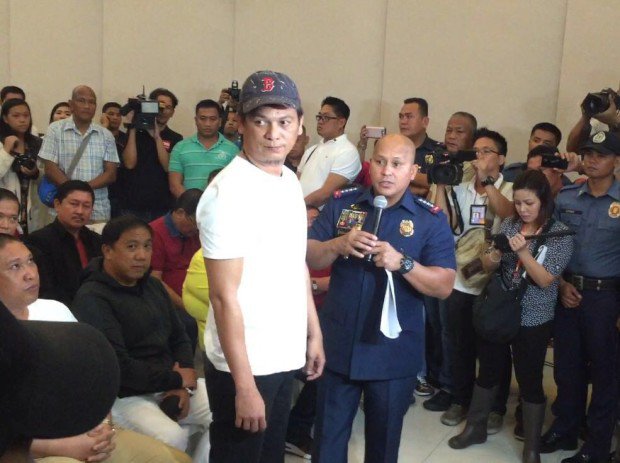 (This is an opinion on the article Top Cebu drug lord surrenders to Bato by Julliane Love De Jesus for Inquirer.net on August 8, 2016.)

Claiming a case of mistaken identity, he came with his brother – Vice Mayor Fralzs Sabalones (a letter makes a big difference) of San Fernando, Cebu. The Vice Mayor is on Duterte’s list of “narcopoliticians.”

He’s the first major drug lord who publicly (peacefully) surrendered. He came clean in his involvement in the illicit trade. He further stated his intent:

The Sabalones brothers went to Camp Crame on Monday morning—Franz to admit his being a drug lord and Fralz to clear his name.

“Gusto ko nang magbago (I want to change my ways),” Franz said when De la Rosa asked what made him surrender to the police.

In doing so, Franz carries vital information on jailed drug lords directing operations from New Bilibid Prison (NBP) and how the multi-million illegal trade is being carried out. All relevant to suppress the prevalence of this menace.

Bato added his opinion on the unexpected surrender;

One of the best stories, I’ve seen and heard, so far that brings a positive light to the war raging on in our mother land – The Philippines.

There is a chance for change to happen in a not so bloody manner (no bullets and coffins needed). Change indeed begins individually!