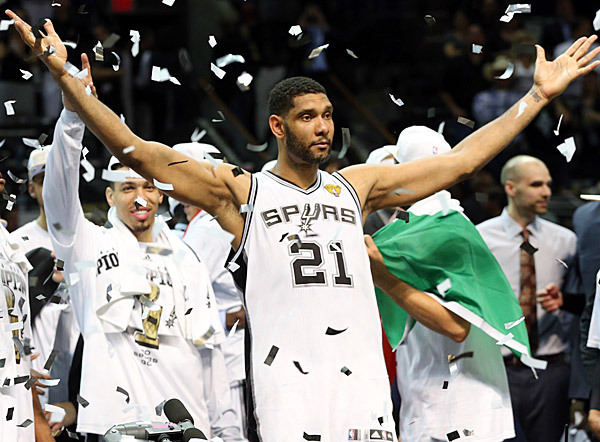 He came into the league in 1997 as a No. 1 pick from Wake Forest by the San Antonio Spurs (a team with 20-62 win-loss record after David Robinson was sidelined most of the year) with questions about his game being NBA-ready. It was at a time when the league was slowly changing, with less emphasis on dominant bigmen down low and more on athleticism in the wings (the norm today). 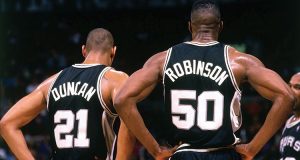 Shy, silent, geeky and boring to most and the media, he came in and started to dominate in his own way. He brought an old school style, of years gone by (caveman-like they say), to the modern era of the NBA. His go-to moves were unspectacular – a corner 15-foot bank shot from either side of the elbow and a sweeping baby hook push shot or a mini-floater (moves I tried to emulate in my early years of playing – I can still uncork an effective baby hook); both were not a sight to behold, but were effective and efficient. 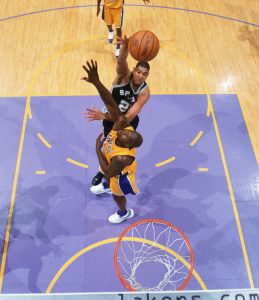 His nickname was just plain and boring – Timmy. It took a rival, in Shaquille O’Neal (his polar opposite), to come up with a catchy title for him (not far from his true nature) – The Big Fundamental.

After 19 seasons with the only organization and coach he played with (winning championships in 3 different decades), Tim Duncan retired on Monday in the simplest and quietest way he can (Duncan-nesque as they say) – no interviews, no press release statements only an announcement heavy in stats and accomplishments and no tint of emotions.

Never a chest-thumping and individual glory kind of player; from Day 1, he was a team player. He will adjust (to situations and other teammates) and do things he is asked to do for team glory. A silent competitor (with a volcano-like drive inside of him) who does anything and everything to compete and win! 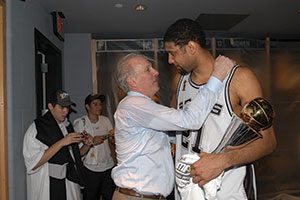 He was never the best in everything, but he competed to win consistently (and stealthily). His accomplishments: 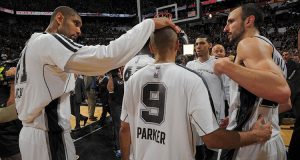 Never caring about being a brand and just plainly winning basketball games, he took less money to have a team ready to compete night in and night out. He was humble as well as fiercest in competition (see his last game against OKC Thunder last season at 40 years old), this is the pure way of Tim Duncan.

Coming from a San Antonio Spurs fan for years (from David Robinson to Twin Towers to Big Three to New Era), I would like to say, Thank You Timmy! 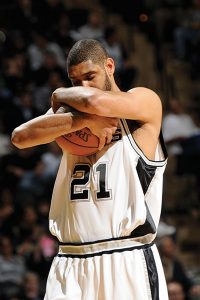 You are indeed one of a kind (though less appreciated or probably unnoticed at times by most) – for sure there will never be another like The Great Tim Duncan!