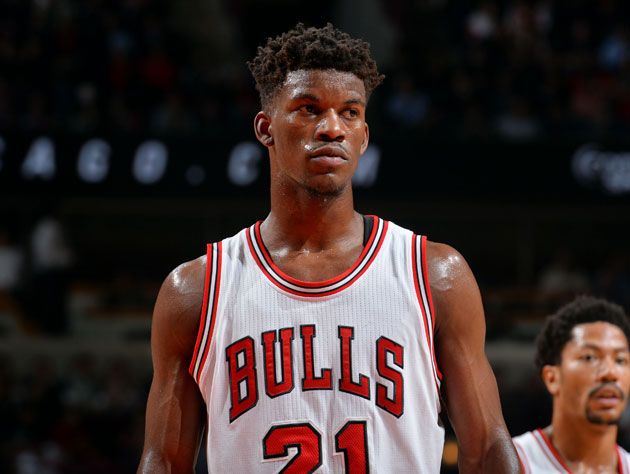 (This is an opinion on the article Dwyane Wade’s first job with the Bulls by Shams Charania for The Vertical as seen in sports.yahoo.com on July 30, 2016.)

When Derrick Rose was shipped to the Knicks and Noah followed him, everybody started talking about the potential of the Chicago Bulls being (finally) Jimmy Butler’s team (an All-Star talent who can lead them). People started to speculate on how he will handle the pressure of being the franchise player.

Then suddenly, Rondo signed with them. And then people said, it’s okay since Rondo is not a shoot-first point guard (and also and plays tough defense)…and then came the news, Wade is going home to Chicago!

So, this will not be Jimmy’s team after all?

Will the 3 of them co-exist?

What position on the court would Jimmy play (apparently as small forward)?

On Friday afternoon, Wade put a stop to all the noise…

“This is Jimmy Butler’s team,” Wade said on Friday afternoon. “Him calling me during free agency – this wouldn’t be possible without Jimmy Butler. Me and Rondo will bring what we do as athletes and leaders … but it won’t be a tug and pull on whose team this is.

Thank you for the clarification Mr. Wade.

I do believe Wade and Rondo can fit right in and be complimentary to the talent of Jimmy (and what a talent – on both sides of the court).

Wade did it in Miami with Bosh and LeBron (recently in the playoffs with Dragic), that should leave us no doubt that he can make it work. He won championships with him playing support.

Rondo had to share the stoplight with 3 Hall of Famers – Kevin Garnett (demanding and almost inne), Ray Allen (very competitive) and Paul Pierce (ball dominant player). All alphas but they won a championship together (with Rondo orchestrating).

Let us be assured, Chicago, this is Jimmy’s Bulls now! He is the undisputed leader of their new era. Enough said!