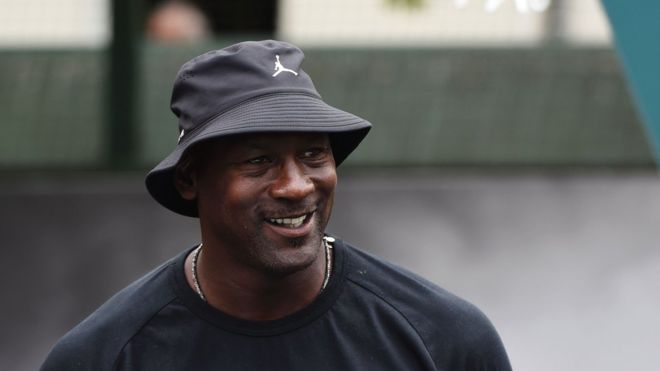 (This is an opinion on the article Michael Jordan speaks out on US race violence, pledging $2m from bbc.com on July 25, 2016.)

Michael Jordan had enough and so he spoke on a social issue that has haunted our society for decades – racial violence.

For years, people have been so used to him not addressing any political or social issues that this one made everyone listen up. It has been met with positivity as Jordan opened up on an issue his family had to go through years ago.

He said recent police shootings and subsequent targeting of police officers had prompted him to speak out.

“I know this country is better than that, and I can no longer stay silent,” Jordan told theundefeated.com, a website backed by ESPN.

“As a proud American, a father who lost his own dad in a senseless act of violence, and a black man, I have been deeply troubled by the deaths of African Americans at the hands of law enforcement and angered by the cowardly and hateful targeting and killing of police officers,” he said.

“I grieve with the families who have lost loved ones, as I know their pain all too well.”

Jordan is set to donate $1 million each to 2 charities centered on improving relations between police and communities (the Institute for Community Police Relations and the NAACP Legal Defence Fund).

With the recent string of violence seen not only in the USA but all over the world, people were compelled to speak out on issues about race, gender, beliefs, terrorism, hate crimes and inequality. The world is stunned by daily reports of these unfortunate incidents (statistics on these might be too mind-numbing to discuss as well).

Stopping the hate would be better for all of us.

Being like Mike on his take on violence is also hip – in making a positive difference and a healing influence.